Home > About Us > Ryan Raines, COO 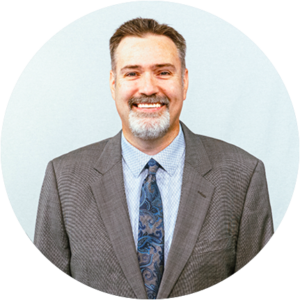 Ryan has been privileged to work, and learn, in every room possible in his 20+ years in the media industry.

Early in his career, Ryan worked for 10 years at FamilyNet, a small cable network and production facility that afforded him the opportunity to learn every aspect of TV production. Starting out as a Studio Assistant, he did everything from sweeping studio floors to hanging lights to running the network’s dub room. As a Production Assistant, he moved into the control room where he learned the art of crewing, directing and producing daily, live TV for a national audience. As an Associate Producer and later Producer, Ryan learned how to build engaging shows to hold and inspire an audience. Throughout his time at FamilyNet, Ryan routinely found himself in edit rooms learning to tell stories and helping others tell stories better.

As a Videographer and Editor for the Fort Worth Independent School District, Ryan spent many hours in classrooms documenting passionate educators and in edit rooms turning that footage into training videos for the district’s more than 5,000 teachers. Also, during that time, Ryan found his way back to TV control rooms in various capacities during live events and professional development opportunities.

As Network Program Manager for Youtoo Interactive TV, Ryan spent his days shuttling between conference rooms, offices and, yes, edit rooms as he helped guide the first interactive TV network through the ever-narrowing gap between TV and the internet. It was also at Youtoo TV that Ryan got his first experience in the traffic room of a national TV network.

Now, as COO for Centerpost Media, Ryan gets to enter several of these rooms every day while managing the traffic teams for 3 networks as well as the company’s relationship with programmers and origination facilities. His experience in these rooms continues to pay dividends as he daily takes on a wide variety of tasks.

In his personal life, Ryan has been married to Kathy for 21 years and they have 3 children, ages 16, 14 and 11. Ryan is also very involved in the multi-media ministry at his local church.