Home > About Us > Scott Miller, CEO 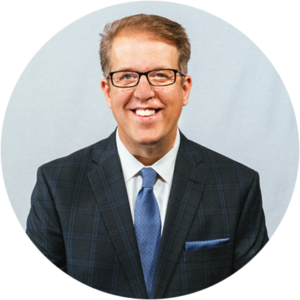 Scott Miller is an executive and entrepreneur with more than 25 years of experience in the content creation industry. His passion is helping companies grow. As CEO of Centerpost Media, that translates into helping its members grow.

Since 2013 at Centerpost, Scott has overseen growth of BizTV from five markets to more than 50, opening the door to help more national businesses tell their story. Seeing a demand to help local and regional companies, in 2018 he localized the North Texas affiliate and launched a new local TV show. In 2020 during the pandemic, Centerpost launched local markets in Austin and Los Angeles. Scott has a vision to launch 100 local markets by 2030 to serve business across America.

Scott has also led the way in moving BizTalkRadio toward digital, and launched video streaming platforms Bizvod and the YTA Club.

Prior to Centerpost, in 2005 he launched a new radio channel on SIRIUS XM, growing FamilyNet Radio from a start-up with no programming to a full-time station in five months, in addition to establishing original shows and building the annual revenue base in eight months.

In 2007, he took over operations for FamilyNet TV, growing the network’s overall brand, reach and sales in five years. He developed and produced three new exclusive original shows and added more than 40 new programs to strengthen the brand.

In 2011, he helped launch Youtoo TV, a social television platform that combined social media with linear programming. In addition to securing licensed content from 20th Century FOX, he built clock formats for interstitials with Mark Burnett-owned VIMBY, coordinated promotions with an LA production company, built a new rules-based system to handle all the moving graphics with the uplink provider, and led the traffic team that built schedules to include user generated content on a linear platform.

Scott has been married to his wife for more than 20 years and has two teenage daughters. He is an avid Baylor Bears fan and enjoys listening to autobiographies while driving to work and meetings.