14 May Imposter Syndrome is Real 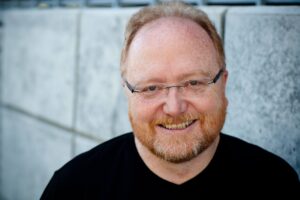 Imposter Syndrome is the feeling you get when you don’t believe you have earned your success or earned the role you have in your career. That somehow you faked it and got there by luck and not by anything you have done. According to Medical News Today, as many as 82% of participants in a 2020 study admitted to dealing with some form of Imposter Syndrome.

I recently sat down with Phil McKinney to discuss his powerful testimony on overcoming Imposter Syndrome. When you look at Phil’s resume it is very impressive. Former VP and Chief Technology Officer for Hewlett Packard, President of CableLabs, Founder of the Innovators Network, Host of the Killer Innovations Podcast, Founder of Hacking Autism, Author of Beyond the Obvious: Killer Questions that Spark Game-Changing Innovation, and Chairman and CEO of Techtrend Group. So why would someone with his experience deal with Imposter Syndrome?

I had a secret, something in my past that if ever came out would reveal the real Phil McKinney.

“I had a secret, something in my past that if ever came out would reveal the real Phil McKinney,” say Phil. “I never graduated from college. I actually left college in my junior year to go to work for a company. I never lied about not having a degree, but nobody ever actually asked me directly about my education.”

No one asked Phil directly, until a trade publication wanted to interview Phil about his new role at Hewlett Packer. As part of the profile story, the newspaper wanted to include a bio printed on the side of the article. The reporter asked Phil where he got his degree.

“It caused a panic attack in me,” McKinney remembers. “Knowing that it was going to appear on the front page of the San Jose Mercury News was not quite the platform that you want a personal secret to be revealed.”

Like is so often the case, Phil’s mind assumed the worst. That HP would fire him for not having a degree. That no one would want to hire him again. That he would be broke, lose his home and lose his family. “We as humans can over dramatize anything that is risky.”

So, what actually happened after the article was published? Nothing. The reality was that Phil got his job at HP based on his experience. No one cared about his education. “It was very uplifting. I had been carrying this stress around for years, when it really was not all that important,” says Phil.

That is how you overcome Imposter Syndrome. The truth is, you are in your current role because of your experience. You are the expert at what you do.

You can learn more about Phil’s story by watching his TED Talk: https://www.ted.com/talks/phil_mckinney_do_you_have_impostor_syndrome_too

Or connect with Phil online at: https://philmckinney.com/

Scott Miller is the CEO of Centerpost Media and host of the Create, Build and Manage Radio Show and Podcast. You can find Scott on Facebook, Instagram and Twitter via “@scottmillerceo.” Centerpost Media is a marketing agency with a vision to help every business they encounter with their media needs by providing outstanding quality, service and value. Centerpost Media is the parent company to BizTV, BizTalkRadio, BizTalkPodcasts and Bizvod.