According to Variety, NBC is asking for six million dollars for a 30-second ad in this week’s Super Bowl telecast; up from last year’s $5.5 million CBS charged, which set a record for in-game advertising revenue at $545 million. That is crazy money, and I am betting that if you are reading this blog a Super Bowl ad is not in your marketing budget.

But in honor of the big game, I thought I would give you a little industry knowledge to help you peek behind the curtain. The price you hear is not always the price that is paid for advertising. It’s like buying a car; you have the sticker price and then you have the actual price you pay. The actual price is based on supply and demand, or what the market rate will bear. That could go either way, as we saw during the early supply chain issues in the automobile industry in 2021. Consumers were actually paying higher than sticker price for cars in some cases.

NBC will gladly sell you a larger package if you plan on advertising over a longer period.

Advertising is also purchased in packages; rarely is it bought on a per-spot basis. The Super Bowl being the exception. You will see some advertisers buy a single spot. But larger brands will purchase a run of spots leading up to the game, during the game, and sometimes weeks after the game. This can get the cost per spot down. NBC will gladly sell you a larger package if you plan on advertising over a longer period. Networks also have bonus spots as part of a larger package. 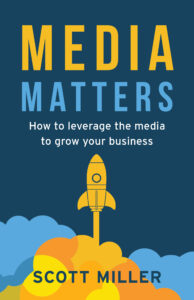 Brand advertisers typically buy off demographics and ratings information, asking for a discount to match their target audience. For example, if a brand only wanted to reach women ages 25-45, and a network’s overall audience was 40% women, ages 25-45, the agency would ask to pay 40% of the rate card price. Again, the Super Bowl is an exception to this rule for two main reasons:

2. It is the only telecast where viewers care more about the commercials than the actual broadcast.

Networks always reserve 20% of their inventory for promotions, even when they can get six million dollars for a 30-second spot. When you watch the game this weekend, you can bet you will notice more promos for NBC than any brand commercial. This does not mean that NBC has undersold the Super Bowl. Networks need to drive an audience to their other shows to keep advertisers happy.

Yes, the name Super Bowl is trademarked. Advertisers must pay extra to mention the name. When you see commercials that use terms like “the big game,” you know they are not an official sponsor of the Super Bowl.

Finally, there are cheaper options if you own a local business, and you want to advertise during the game. Your local NBC affiliate will have some avails to sell, or you could advertise locally after the game or during the local news. Be prepared for higher-than-normal rates but use your negotiation skills to buy a package of spots and save on the cost per spot rate.

I have a lot more practical tips on how you can leverage the media to grow your business in my upcoming book, Media Matters, due out on March 15, 2022.

Scott Miller is the CEO of Centerpost Media, host of the Create. Build. Manage. Show (seen on BizTV, heard on BizTalkRadio, and available wherever you listen to podcasts,) and a member of the Forbes Agency Council, Entrepreneur Leadership Network, and Dallas Business Journal Leadership Trust. You can find Scott on Facebook, Instagram and Twitter via “@scottmillerceo” or on LinkedIn via “@scottmillermedia.” Centerpost Media is a content marketing agency with a vision to help every business they encounter with their media needs by providing outstanding quality, service and value. Centerpost Media is the parent company to BizTV, BizTalkRadio, BizTalkPodcasts and Bizvod.